The prefecture of Rethymno is an ideal destination for summer holidays, since it offers a large number of beautiful beaches with blue, crystal waters. Magnificent sandy beaches can be visited on the north coast, at the Cretan Sea as well as on the south coast of the island, at the Libyan Sea. We would like to infrom you about some of the most lovely beaches: 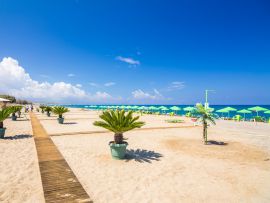 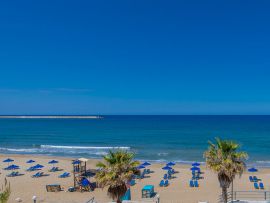 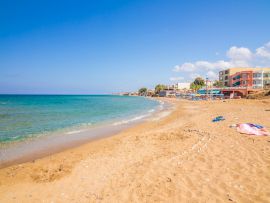 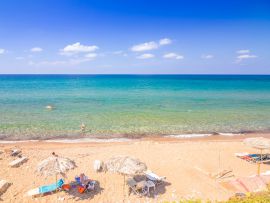 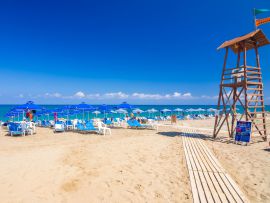 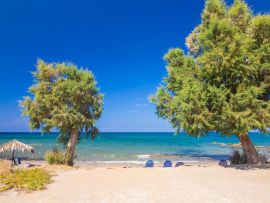 Rethymno Beach: An organised sandy beach along the beautiful promenade of Rethymno for more than 20 km long, stretching from the town of Rethymno to the east towards the areas of Perivolia, Sfakaki, Platanes, Adelianos Kampos, Skaleta

Episkopi Beach: A large, long, sandy beach west of Rethymno with a few nice seaside restaurants, as well as a lot of place for beach sports.

Panormo: This small village is situated 20 km east of Rethymno. It boasts an organised beach as well as a variety of tavernas right next the sea.

Bali: Nestling in the surrounding mountains of the bay of Bali you will find the seaside village of the same name 34 km east of Rethymno. Visitors may choose from which of the small inlets to enjoy bathing at organised beaches. The area offers a large number of tavernas, hotels and rooms. 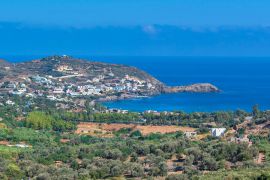 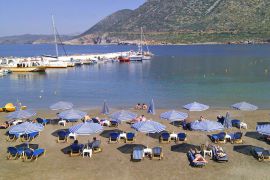 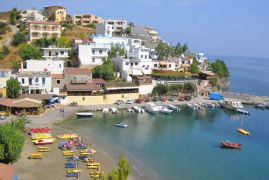 Plakias: The village of Plakias is situated 40 km south of Rethymno. This area has a superb sandy beach, and the well-organised infrastructure includes hotels, rooms, tavernas and restaurants. The organised beach offers both bathing and various water sports.

Souda Plakias: Organised, sandy beach west of the village of Plakias. A few tavernas are situated close to the beach, where rooms are also available.

Damnoni: Organised sandy beach west of the village of Plakias and south of the town of Rethymno. It offers a few tavernas and rooms are also available. 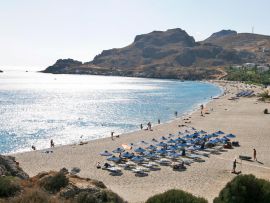 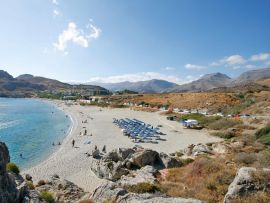 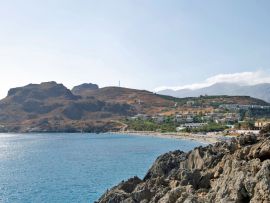 Ammoudi: A small sandy beach next to Plakias, not very much organised and fairly isolated. Between Ammoudi and Plakias you can also find the Mikro Ammoudi, which is a nudist beach. 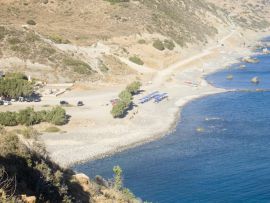 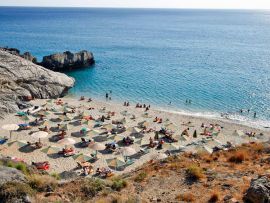 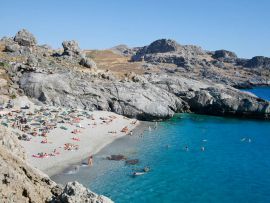 Preveli Lagoon: 38 km south of Rethymno, shortly before you arrive at the historic Monastery of Preveli, a track on the left hand side leads downhill to a parking place. After approximately 15-minutes downhill walk you arrive at the beautiful sandy beach with palm trees, where the River Kourtaliotis empties into the sea. 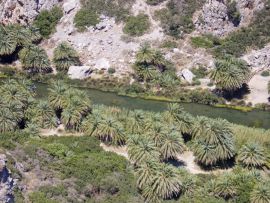 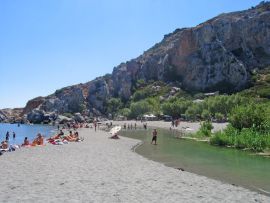 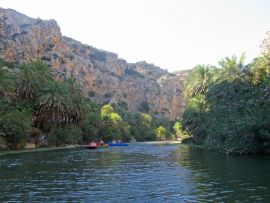 Triopetra: The beach of Triopetra, which was named after the three distinctive rocks in the sea, is situated approximately 50 km south of Rethymno. Follow the road to Aghia Galini and turn left after 40 km in the direction of Akoumia. Continue until you arrive at the huge sandy beach.

Aghios Pavlos: The magnificent sandy beach of Aghios Pavlos is found 58 km south of Rethymno. Follow the road to Aghia Galini and after 46 km turn right at the crossroads of the village of Kria Vrissi. Continue until you arrive at the seaside. Bathing in one of the isolated inlets, which have formed between the rocks, and seeing the sand dunes will be an unforgettable experience. In the village of the same name you will find rooms and tavernas. 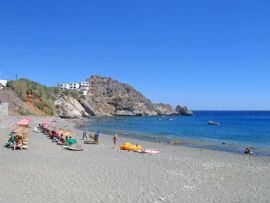 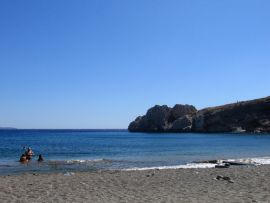 Aghia Galini: This resort is situated 58 km south of Rethymno. Apart from the plentiful tourist infrastructure the village also boasts beautiful and clean beaches, which are situated in various picturesque inlets in the area.

Korakas: This beach is also situated on the south coast, more precisely south of the village of Rodakino, 42 km from Rethymno. The sandy beach of Korakas is organised and the area offers hotels, as well as a large variety of rooms and tavernas.